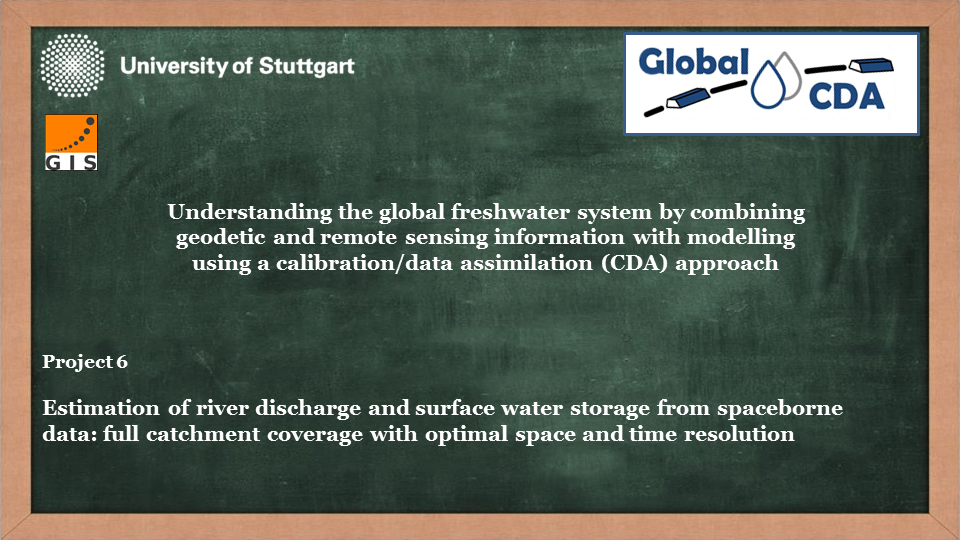 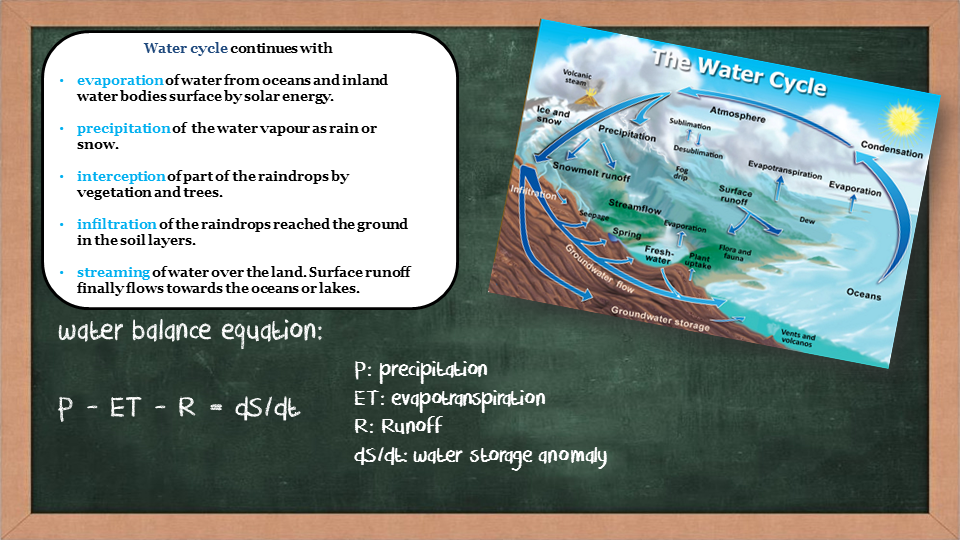 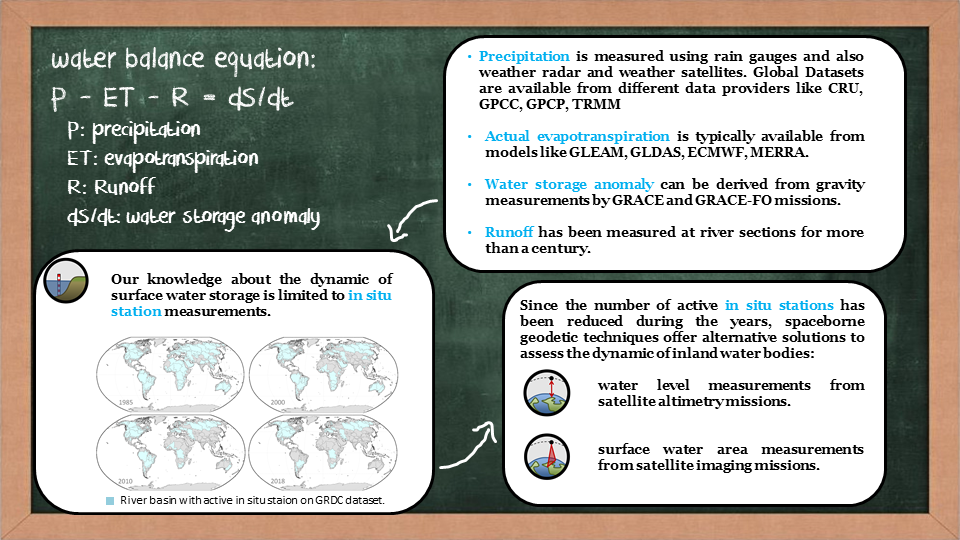 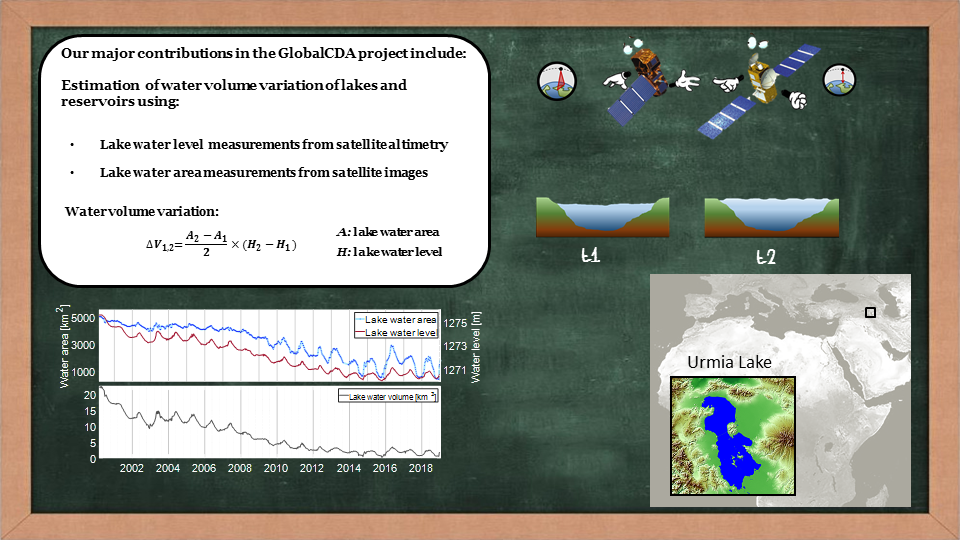 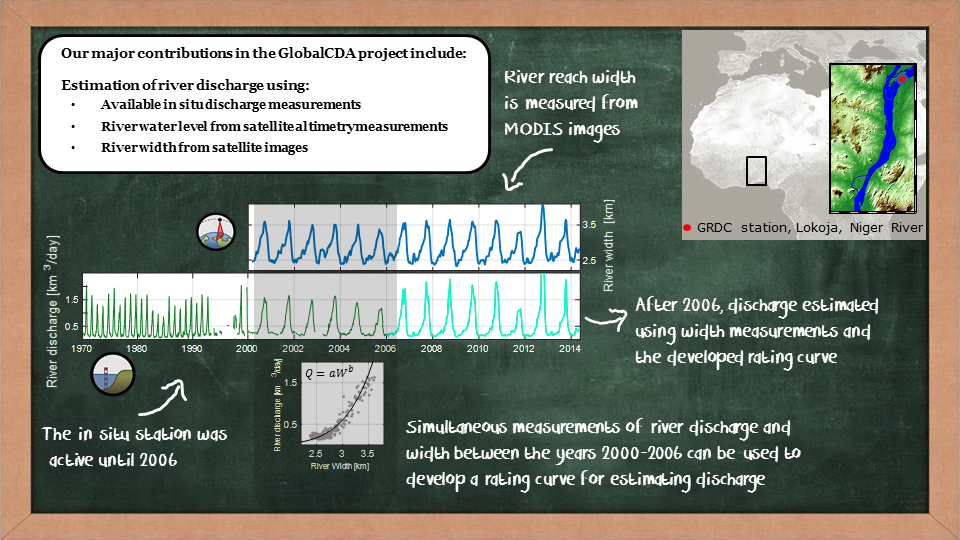 The major research questions that we aim to answer within the project P6 include:

The existing densification method, developed by Tourian et al. (2016), merges water level time series of several virtual stations along the main stem of a river to produce a dense water level time series, i.e. with high temporal resolution. However, their method does not reflect the dynamics over the entire basin since it is only applicable over the main river stem. A method that can ingest all possible altimetric water level time series over an entire river basin will represent the dynamic river system in a basin with higher fidelity. The new densification algorithm must consider the various statistical properties of different tributaries of a river.

Typically, multi-mission altimetry for discharge estimation along the main stem is only practiced with three missions, Envisat, Jason-2 and SARAL/AltiKa, but without the low resolution mission CryoSat-2 and the recently launched Sentinel-3. Indeed, the more recent altimetry missions with different measurement technology carry their own challenges in terms of discharge estimation.

Moreover, finding an appropriate functional model, that relates directly river discharge to water level and to river width, is still a challenge. The question is how to use water level and width data directly in the Kalman Filter process instead of turning them into discharge through a predefined model.

The aforementioned methods highly rely on an implicit assumption of temporal stationarity of the time series involved. However, the statistics of discharge will change over time due to changes in channel geometry (sedimentation, erosion, etc.), to human interference (dams, levees, etc.) and to climate change. For such river basins any discharge estimation based on the assumption of stationarity could be biased due to an uncertain process model that relies on out-dated data with outdated statistics. Addressing this issue is extremely important for developing both full-catchment densification and river discharge estimation methods.

Surface water storage variations are obtained by combining surface water extent measurements (from satellite imagery) with water level variation (from satellite altimetry). An important issue is how to deal with the inconsistency in temporal sampling existing (older) datasets between both quantities.

Moreover, since classical altimetry is fundamentally a profile method, its groundtracks will easily miss many relevant hydrological objects, even in multi-satellite mode. However, the missions CryoSat-2, with its groundtrack spacing of 8 km, and Sentinel-3, with its interleaved groundtrack pattern, are game changers. The research question remains, how to use low temporal resolution data of CryoSat-2 for the purpose of surface water storage determination.